7 Tips to Improve Your Video

There are some simple things that will make your videos look better, these 7 are our favourites.

Soft Lighting refers to the quality of the light pointing at your subject.

There’s many different ways to achieve soft lighting such as positioning a subject next to a window on an overcast day; direct sunlight would dip in the hard/harsh lighting category. You can also point a light directly at a wall, away from your interviewee, so it bounces back onto them softer than if the light had been directional.

The key is that your subject is bright, but not overpowering, making them stand out from the background.

But if you don’t own any gear, the zero-budget way to achieve this is to use sticky-tape and an A4 piece of paper over a lamp or desk light and point at your subject.

When light has to move through a barrier, like this piece of paper or the manufactured fabrics the pros use, it is called Diffusion.

Soft Lighting is what any audience expects without even knowing it, and is one of those production elements that they only seem to notice when it’s done poorly.

The way you frame a shot is extremely important and immediately separates the amateurs from the professionals.

While Dave has his ‘iPhone rule’, a quick google search of “shot types” will yield results of many diagrams to help you out. A general rule of thumb that’s taught all around the world is called the Rule of Thirds. This is where you mentally divide the image into thirds horizontally and vertically.

From here you make your subject line up with one of the vertical lines, and their eyes on the horizontal lines. This is not the only way to frame a subject, but it is an easy and fast way to achieve a high-quality look.

In fact, this technique is so ubiquitous that most cameras actually have a setting to show this grid over your image, even on the iPhone.

Lights are used on set, everyone and their dog knows this.

However, this basic knowledge, that the professions use big lights, leads some to the assumption that one needs to overwhelm the subject in light. In reality, the opposite is true. These big lights are indeed used to fill subjects with light, but selectively. That is to say that only certain parts of the image are bathing in light.

A cinematographer uses darkness just as much as they do brightness.

So the biggest light, usually called the Key Light, is on an angle that biases towards one half of the subject, leaving the further half in shadows. This creates a dynamic image with an expressive gradient of light across the face of a subject.

This is the first aspect of the commonly used lighting setup known as Three-Point Lighting, which we’ll elaborate on in point 5.

4. CREATE DISTANCE BETWEEN THE SUBJECT AND BACKGROUND

This requires a little bit of planning.

When setting up a shot, for example, an interview shot or a person talking directly to the camera, you want to be as far away from the backdrop as you can afford to be. This will result in the camera perceiving the subject and the background on different planes, resulting in that great sharp focus on the subject.

If the person was right up against the wall the camera would perceive them in the same relative plane, correctly so, which will make your final image look flat, unexpressive, and your subject can easily blend into the background.

Without the separation between the subject and the background, the image will be uninteresting, lack a point of interest, and look amateur.

But taking the time to have your subject really pop in the frame will look professional, clean, and engage the audience immediately and hold their attention throughout.

This point takes our knowledge from the previous two tips.

The second light in our Three-Point Lighting setup is the backlight, sometimes referred to as the hairlight in interview situations. This light is essentially in the opposite place as your Key Light. It is behind the subject on the reverse angle, and is aimed at the back of the subject.

This is to give a rim of light around the subject. The end result is your subject popping from the background even more, and the subtext of the visual storytelling is that this subject is important, and deserves your attention, as they’re clearly the focus of the filmmaking elements.

The third light in the Three-Point Lighting setup is the fill light. This is a softer light, sometimes reflecting the sun or bouncing a professional light of an absorbent service, that is aimed at the part of the subject that is in darkness – the far side of the key light. How intense or soft the light is, or even whether to use it, is up to personal taste and is mostly meant to counteract the intensity of the key light.

In this diagram, the fourth light is an optional extra.

We go for the latter option, as it plays into our Q4 process perfectly, and to achieve that we have the producer/interviewer sit directly next to the camera. Then the subject always has that reference point for their eyeline that’s consistent and not distracting to the viewer.

The eyeline is important as it’s one of those small things that all audiences don’t really know when it’s right, but they definitely feel when it’s wrong.

Along with the eyeline, looking room is an important part of the framing of your interviews. 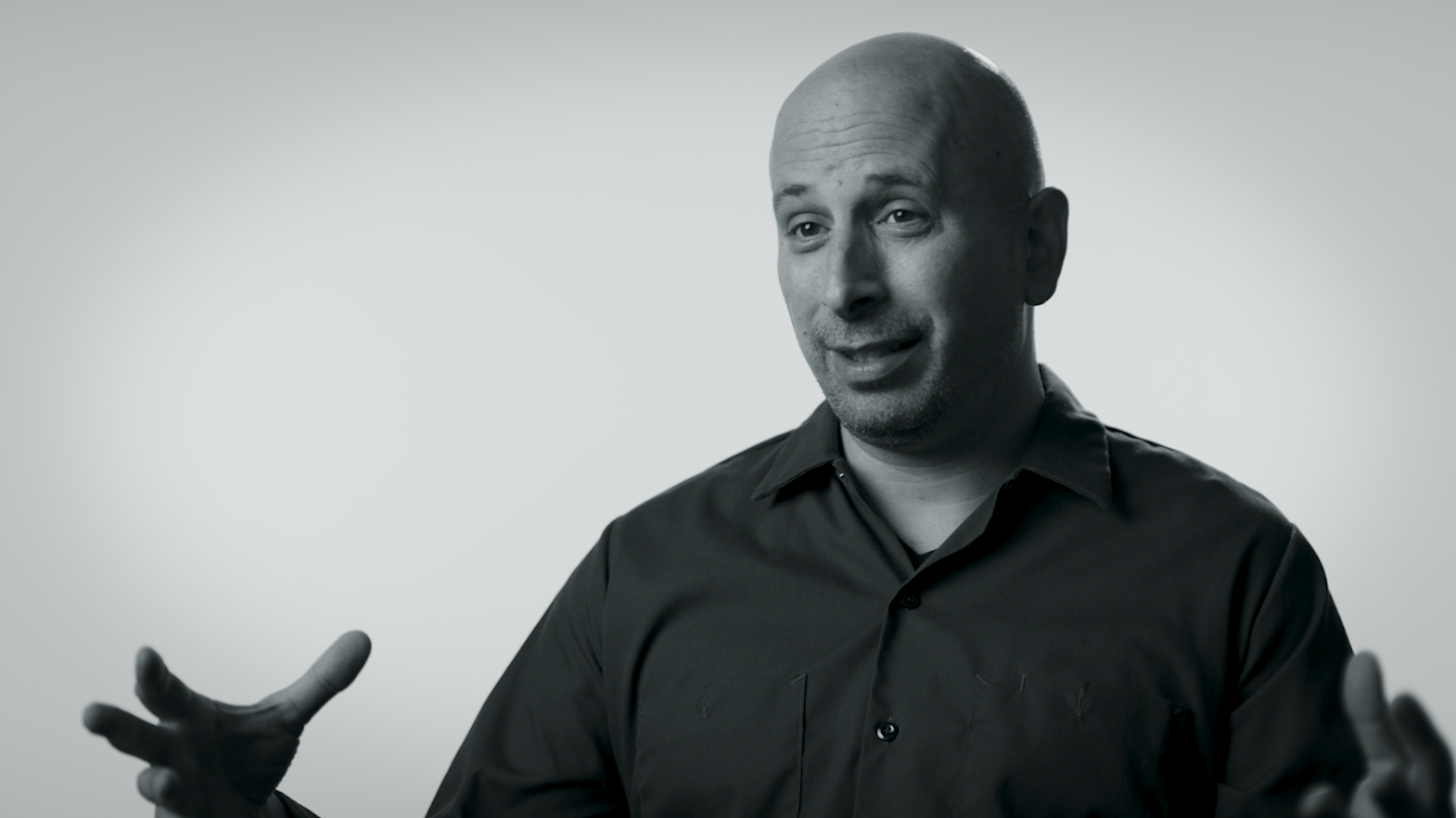 This is what is known as continuity editing. In narrative films, breaking this rule breaks the suspension of disbelief for the audience as they become more aware of the filmmaking process rather than engaging with the story. This snapping out of the moment also works against any type The Best Length to Create Videos For Social Media